I've had this conversation three times in two weeks, so I figure it's worth a blog post.

You've just written a novel. That long hard slog is over, and now you're ready for the next stage: agents and publishers.

Size is different when you're writing. I spend my first draft in three stages:

1. Do I have enough here for a novel?
2. Will this damn thing never end?
3. Aargh, everything's happening so fast! I hope it doesn't end too soon!

Why? Imagine you're a reader, shopping in a bookstore: A title by an unknown author catches your eye. You pick it up off the shelf.

If the book is 120 pages, with blank sheets between chapters and REALLY BIG PRINT, you're not going to pay full price for it.

If the book by the newbie is 790 pages of tiny dense type, with a sticker price twice the titles around it, you'll probably pass.

Fact is, most readers will only take a punt on a new author if the book is a respectable 250-350 pages, and the price is in line with other titles on the shelf. There are other reasons relating to printing costs and such, but it all boils down to publishers wanting to entice our future fans and make a few dollars for themselves and you in the process.

Length varies a bit by genre, too. Fantasy and historical fiction are generally more sympathetic to the high end of the spectrum, crime and thrillers to the low end. And yeah, there are exceptions. There are always exceptions, but you're more likely to be published if you don't run around forcing people to make an exception for you.

So your work doesn't fit? Have no fear, Full Throttle help is here!

Too short? Your grand novel ends at just over 40,000 words? You can't chop it into a short story and the market for novellas is dry, dry dry?

Don't Pad: The first impulse is usually to pad your story out. You know, introduce some worthy thoughts and musings from your viewpoint character, maybe a little philosophy, or a lecture on the inner workings of the four-barrel carburator from the friendly mechanic.

Do. Not. Do. This. Padding always smells like padding, and it don't smell good. No no no nononono. No.

Consider a subplot. Especially one that relates to the main plot. Say your marshall has to make the decision to face the gang of outlaws coming on the noon train. Why not introduce a deputy who should probably stand with him but makes a different decision, turning coward instead? Why not look at the outlaw's old girlfriend and the decision *she* makes?

You can do it!

More likely, your brand new magnum opus is a gentle giant. My first, 'training', novel (a pretty straightforward thriller) wandered out of its first draft at 160,000 words! My first cruel edit reduced this to 140,000, but eventual diet and exercise got that tale down to a lean 92,000.

How do you do it?

That. Most unnecessary bloody word in English. Do a global delete of every 'that' in your document and then add the three or four that absolutely need to be there back in.

Said. ANYWHERE the reader has a good idea who's talking, wipe out dialogue attribution. The savings can be mighty.

Then. I beg your pardon. That is *not* the most unnecessary word in English. Then is.

Up and Down. Again, useless. 'He looked at her' is just as good as 'He looked down at her.'

For more takeaways, read this post on unnecessary language, and this advice from lean style-master Elmore Leonard.

Long description. Long explanation. Any of those long bits readers tend to skim. If you write sf/f, consider deleting those 'world-explanations'. Just drop your reader in the world and let them pick it up as the tale rolls. Jim Butcher, Charles DeLint, CJ Cherryh and Neil Gaiman all rock at this.

Done all that and you're still too long? Put on your aprons and goggles, dear writer. It starts to get bloody...

Amputate. Take a good look at your subplots. Say goodbye to one. Slice it out. No one but you will know...

Split. Maybe you have two stories. Or three. Or six. Just make sure the first one stands alone.

When he first wrote LA Confidential, James Ellroy had a few modest-selling titles to his credit. He turned in a manuscript that was insanely long. So long that his publisher wouldn't touch it. Everyone agreed it was a good story, but they'd have gone broken printing it.

Email ThisBlogThis!Share to TwitterShare to FacebookShare to Pinterest
Labels: size, yet more rules to clarify and confuse

So we're shifted out of our former Secret Headquarters: a sunny and lovely, though all too small, flat.
Our former surroundings were horse pastures and orchards, and it was delightful.

Yesterday saw the last of the boxes move into our new Secret Headquarters.
The new house has its own, peculiar, charms and delights. Not unlike that house in Anne Rice's The Witching Hour.

I'm still armpits deep in boxes and trying to figure out where we packed the towels, etc. but I'm still writing, still revising, and I'll blog properly again tomorrow. Promise.
Meantime, I now live in a place where there are no right angles, the floors slope like the deck of a ship, icy drafts curl through the air even in the middle of summer, and dark shapes flutter behind the surfaces of mirrors. And this house has a lot of mirrors... 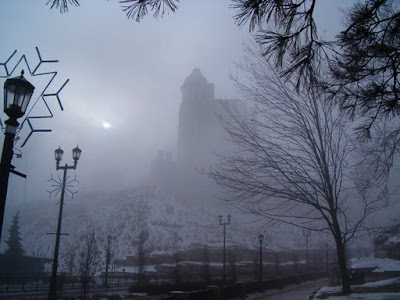 Will this have an effect on my work? We shall see. Certainly all those stairs will be good for the exercise!
Meantime, I really should go see about that noise out the window. A bit like the flap of leathery wings...
Posted by Steve Malley at 11:59 AM 9 comments:

Email ThisBlogThis!Share to TwitterShare to FacebookShare to Pinterest
Labels: frippery, further imprecations on the necessity of setting one's ass to work, in which the artist provides examples delightful and frightful, in which the artist waxes (perhaps too) autobiographical

The holiday was most... rejuvenating.
Now we shift to our new Secret Headquarters. There seem to be rather more boxes than I remember. 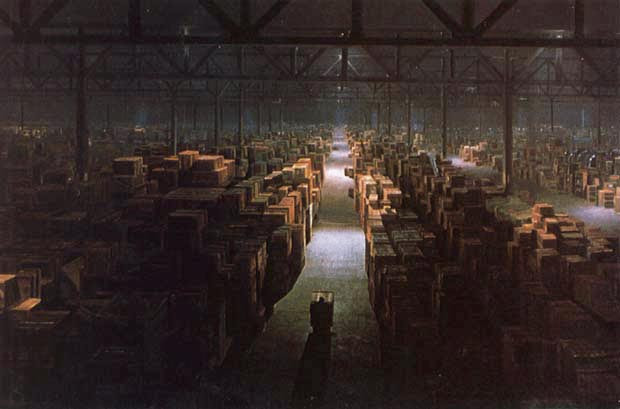 All should be back in place by Monday. I hope.
Posted by Steve Malley at 12:26 PM 6 comments:

Email ThisBlogThis!Share to TwitterShare to FacebookShare to Pinterest
Labels: A holiday most rejuvenating, an archeological metaphor taken too far..., in which the artist waxes (perhaps too) autobiographical

The Tiny Dynamo and I are relocating our Secret Headquarters this week. This involves a lot of stumbling around, trying to figure out which box I put my pants in.
In a situation like this, there's only one thing to be done: leave town for a couple days. Yup, we'll be enjoying warm and sunny Akaroa, swimming with dolphins and eating at C'est La Vie. Oh yeah...
Perhaps when I come back, I'll be able to find my pants...
While I leave the internet unattended, I throw down a gauntlet:
Write me a story.
A short story. How short? Really short. Really, really, *really* short: six words.
We've all heard Hemingway's six word story. "For sale: baby shoes, never used."
Or, there're some mighty fine ones up over at Wired. I've even gone ahead and whipped up a couple of my own...

Her lips: soft.
Her head: severed.
I know what you're thinking, and I agree: you can write better than that. So get going, I wanna see your shorts!

Email ThisBlogThis!Share to TwitterShare to FacebookShare to Pinterest
Labels: action, coping, on the relative merits and inherent dangers in exercise, tension, thrillers

I'm hard at work on the third pass for Crossroad Blues. The second pass went well: the spine of the story showed through, nice and strong.

What's the story's spine, you ask? In the Full Throttle toolbox, the spine of the story is that sentence or two that forms the essence of the story, its core.
The spine of Double Indemnity is two shiftless lovers plotting to get away with the murder of her husband. The spine of American Gods is Shadow's deepening relationship with his father in the face of the coming war. The spine of Crossroad Blues is a decent man thrown into a nest of human vipers.
This first draft was hard. There was a lot of flab and dead tissue before I got both hands wrapped around that spine. And as often happens, by the time I wrote 'the end' I knew I needed to change a few things at the beginning. And a few more. next thing I knew, I was deep in the second pass.
And of course, by the time the second pass was done, I could see that I had to get back in for a third.
My second draft was relatively minor. There were hours spent looking up facts I glossed over in the heat of the first draft: which private jet does the rich guy use? What's its range/how many

refueling stops/what kind of time does he need? What breed of horse works best in this terrain? What would this expert actually know, and how would he say it? The usual.
Also, I'm shocking for changing the names of minor characters mid-book. Lots of search 'n replacing there.
Third run at the material, now I'm grappling with structure. I need to add some new material to set up more of the end of the story. Certain scenes, I need to change the viewpoint characters. Which means changing the voice of the narration, sure, but also, the information one character takes from a scene will be different from another. (Example: a sixteen year old girl and a middle-aged auto mechanic will see wildly different things when they look at a car.)
As I move through this stage, I keep one question at the front of my mind: Is this true to the spine? Because you can monkey with a lot of things in a story, but you touch that spine, you may very well kill your story.
Take Double Indemnity. Does Walter need to be in inurance? It helps, but you could write the story differently. Does Barton need to be so tenacious, or even there at all? Not really. You could write the story with a different set of complications and pressures. Now imagine it without the adultery, or the husband, or the money. Any one of those things come out, what's left?
Or how about American Gods? Shadow could meet different gods. He could go different places in his quest. I think the decisions Neil Gaiman made are brilliant (especially Laura and the abandoned hotel at the center of the US); they contribute to and enrich that core story. But the truth is, some things could be done differently and still have a similar story. Not so with Shadow's father, or the coming war.
So I work, trying to figure out what contributes, what can come out, what needs to change and what doesn't. In all these things, I try to be faithful to that spine. I want to make it better, faster, stronger.
Because I really like this story, and I want to do it justice.
Posted by Steve Malley at 6:28 PM 11 comments: