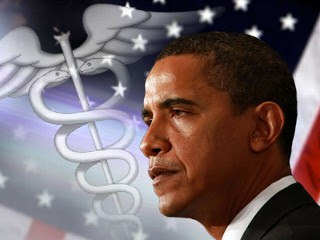 It ain't perfect, and it's still pretty primitive compared to the way things work out here in the civilized world, but I for one am happy for this little bit of progress in my birth country...

Email ThisBlogThis!Share to TwitterShare to FacebookShare to Pinterest
Labels: corporate greedhead asshats are not to be trusted, healthcare is a basic right for the rest of us, my country is feral to its poorest and weakest members, obama 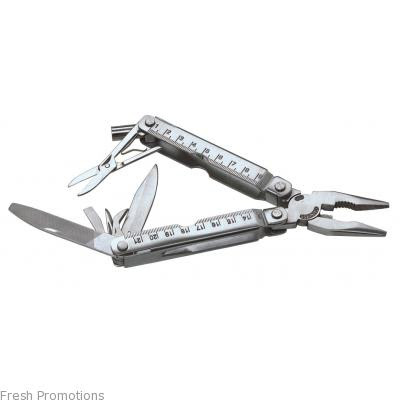 My last post was about characterization. I used cinematic examples, something I often do because the odds are better that you've all seen the same movies than that you've read the same books. Unfortunately, I feel that I managed to snare myself a little bit there.

You see, talking about movies, it's too easy to fall into the visual language of film. Too easy to overlook some of the novelist's finest tools.

Sure, there are some things movies do that books can't. The best car chases I've ever read (all by George Pelecanos, as it happens) still struggle to compare to the average Hollywood action movie. And the fine fight scenes of John D MacDonald, Joe R Lansdale, John Connolly or Lee Child still don't compare to the adrenalin rush of watching Jason Bourne, Daniel Craig's Bond or Jet Li.

Movies do visual. They do it well, brilliantly even. But that is also Hollywood's weakness: they can only put an image on the screen.

Novelists have a wonderful array of much, much more subtle tools at their disposal.

I'll use the former example of a 'Clark Kent' character, someone who may seem mild on the outside but the reader is to understand possesses hidden depths.

Thoughts: It may seem too obvious, but we do have the power to let our readers in on our characters' thoughts. Way back when, mild-mannered Clark might have thought, "Janet doesn't suspect that I am Secret Heroman, the one she seeks." These days, it's more fashionable and effective to have another character give that information to the reader:

Janet watched Clark move around the room. He always came off like a big shaggy dog, sort of clumsy and sweet, but Janet was never able to escape the sense that Clark was a steel trap, coiled and ready to spring.

Now, no matter what a dishrag Clark is over the next few chapters, we'll still have that little seed in the back of our minds. And notice that in addition to moving into another character's head for the thoughts, I also didn't present those thoughts as dialogue.

Small Reactions: Movies do a pretty fair job with the big reactions, and a particularly gifted actor can express a wide array of subtle emotions just by lifting an eyebrow. But a filmmaker cannot be sure of getting their star of choice, or of the shot they want. And there's no guarantee the folks in the seats will see interpret that raised eyebrow the right way, or even notice it. With prose, we can isolate these expressions and make sure the reader knows what it means.

Janet's eyes narrowed. That car had come within inches of hitting them, and Clark didn't seem to care. Her own heart was racing, her breath short. Clark was cool and calm, quiet and poised. Almost bored.

"That maniac could have killed us," he said.

We know how we would react to a minor crisis like a near hit and run. Clark's unusual reaction, and Janet's careful appraisal, plant that crucial seed. Also, her more normal reactions are there for contrast.

Outright Exposition: This tool isn't subtle, but one of our strengths as novelists is the length of story that we have to work with. Every second of screen-time in a movie costs a small fortune, quite a bit more than a page of print.

"You stand around there, looking all sleepy and slow and not too bright, but you don't fool me." The old man shook his head and laughed. "I was there that night the Jonas brothers showed up drunk and high and God knows what else. They were pure tearing the hell out of the place, and you just stood there like a big dope watching. Right up until those boys laid a hand on Miss Polly."

John D MacDonald used this one a fair bit. Yeah, it sidetracks us from the narrative. Yeah, there are more economical ways to drop this hint. So what. You make it entertaining enough and your readers will be too busy imagining what happened that night with the Jonas brothers to notice that they were sidelined.

Environment: This one's great fun. You get to be all poetical and stuff. Basically, you take some quality of the environment or element of the natural world and juxtapose it against your character to make a point.

"The wallet, dickhead. Give it." The gun in the mugger's hand was a little block of chrome, no bigger than a child's toy. To Janet the barrel looked as wide as the Holland Tunnel.

It was a beautiful summer day in the park. Children played on the swings, students threw a frisbee on the lawn and an urban hawk wheeled overhead, still and slow.

Clark stood. He held his hands low and out to his sides.

"You hear me, dickhead? The wallet."

Janet thought she might wet her pants. If the gun in the mugger's hand bothered Clark, he gave no sign. His eyes moved from the children to the students and back to the man with the gun. He pulled a flat square of dark leather from his front pocket. The hawk's shadow glided over the grass at his feet.

The mugger grabbed the wallet and ran. Janet bent over, knees shaking. Tears rose hot and shameful, blinding her.

"Goddammit, Clark, why couldn't you do something? God damn it!"

Clark said nothing. The hawk plummeted, a dark shadow out of the blue sky, seizing its prey.

James Lee Burke is really the master at this. His latest book features a brilliant scene in which a mild-seeming man confronts an underworld figure. The man's words are quiet, his manner assured. On the far side of the picture window, a shark menaces a group of swimmer's. The hitman's true nature, and the danger he represents are clear.

There are probably a few more I could think of, but right about now I need to be getting back to the ol' novel... 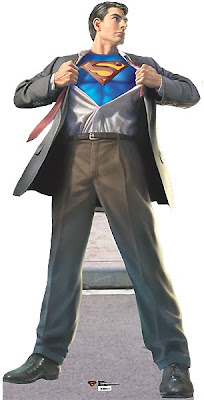 It's an old rule, but a good (and important) one: Always, always, *always* bring 'em onstage in character.

How many Bond movies have you seen? How many Batman? Notice they usually start with a big action splash? Sometimes it hooks into the ongoing story; others, it simply stands to intorduce the hero. At any rate, within a few seconds of the movie starting, you know you're looking at a man of action.

Or how about Jack Reacher? Every book in the series starts with Reacher being cool and collected, kicking ass and on the move. Even Tarzan's first adult appearance (after opening chapters describing his infancy and childhood) involves him hunting the deadly and feared black panther.

How do we meet Bridget Jones? Hapless, eating, drinking and smoking too much, embarrassed by her mother and about to make a horrible faux pas-- pretty much her character in a nutshell.

Robert DeNiro in Ronin: He stands outside the small French cafe, looking in. He wanders around the back to scout the exit, leaves a gun hidden where he can reach it in a hurry. That way, he gets through the frisk at the entrance, still knows how to get out and get lethal, should the need arise. We know right away, here's a guy who thinks ahead. Way ahead.

Hmmm... villains? Well, this is a writer's place to shine-- you get to show that son of a bitch being a true son of a bitch, even if he's trying to hide it.

Which brings me to the crux of my issue: how do you introduce Clark Kent?

For the few comics-imparied among you (and in which case, why *are* you reading this blog?) Clark Kent is Superman's alter ego. To decompress from the pressures of being God on Earth, Supes likes to unwind by being a bit of a pantywaist. Ahem, excuse me... 'mild mannered'.

So how do you bring the mild-mannered pantywaist onstage without losing your reader? And how do you hint that behind those glasses and that stutter, he's actually faster than a speeding bullet?

Tonight I saw 'From Paris With Love'. (Small confession: I'll go see ANYTHING Luc Besson does-- he's a master storyteller. If the man wants to adapt Green Eggs and Ham, he'll make one fine and gripping thriller out of it!)

We first meet Reese (played by new heartthrob Jonathon Rhys Meyers) in his Clark Kent role at the US Embassy in Paris. I watched him spend several seconds receiving a fax and thought, 'ah Jeez...'

Seriously, like five or ten seconds of film time, his hand is hovering over the paper as it comes out of the fax machine. It just doesn't get any more dweebish than that.

Until he talks. Poor Reese is a flunky to the Ambassador, the guy who brings coffee and schedules appointments and reminds his boss of people's names. So how do we show the hero hidden under this zero?

Well, as he flunkies about, he's also kicking his boss's ass at chess. We see him in action, see him thinking several moves ahead of a guy who fancies himself something of an expert. And before the scene is done, he gets the call from his spy-handler sending him on a mission.

You can show us the dweeb, but you've got under a minute to let those glasses slip. Lois Lane (or the US Ambassador, or whoever) may not notice, but the reader has to see that there's something more than mild manners under that facade.

Same goes for hidden villains. If your villain is posing as a friend at first, let us see a little something that shows what a real sumbitch he really is!

Daniel Cleever comes to mind. Hugh Grant needs nothing more than a two-second look to show us what kind of man he is, and how foolish Bridget would be to get involved with him.

Fagan comes off as a friend to Oliver Twist, but the other kids are afraid of him.

Eleanor starts The Haunting of Hill House with a blatant appeal to our sympathy (her life really, really, *really* sucks) and a bit of Grand Theft Auto. Come to think of it, that book ends on a note every bit as ambiguous as it begins. I guess journeys really do end in lovers meeting...
Posted by Steve Malley at 12:54 AM 17 comments: