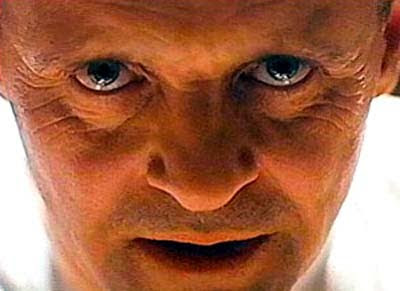 So the new reboot is going well. Thorny and tangled at times, but that's writing, innit?

I'm a big believer in the saying, "When the student is ready, the teacher will appear." Mostly, I think the teachers are all around us, waiting for us to notice, but that's another story.

This time, the teacher was Donald Maas's book Writing the Breakout Novel. Three bits of advice gave me so much to think about that I'll probably be years digesting them. One sentence in particular struck me with the queasy truth of the sound of an elevator cable snapping:

Anywhere you can combine characters, you should.

Basically, the idea is that too many characters in fiction are flat and cardboard. One way to achieve depth and complexity is to have one character fill two or more roles. For example, I've read a lot of thrillers/detective stories where the hero has a Mentor, a Love Interest and a Bete Noir-- usually three different people who walk on and speak their parts and then are heard no more. Only Silence of the Lambs combined all three to create Hannibal Lector.

Or look at Pride and Prejudice-- where Love Interest Darcy is also an Antagonist when he comes down hard on Jane's romance with Bingley. For that matter, he also appears as a Powerful Ally/Deus Ex Machina when that little git (I forget her name) runs off with that asshole Wickham.

I could probably think of more, but as is so often the case these days, the Hour of the Needles (i.e. time to go to work) closes in.

In my own case, I had a Good Girl/Sidekick (poor Lila, who featured in my previous post) and a Bad Girl/Femme Fatale. Classic dichotomy, and boring as hell. The moment I started thinking, 'What if the Bad Girl was also the Sidekick?' things got... INTERESTING.

I have to admit, I started the rewrite with no idea how I was going to pull it off, only the conviction that this was the right way to go. This week, things started to click: The Bad Girl really is a rotten human being, but she really does like our hero. She's using him, but she's also in love with him. And in a way, he's using her too. A bond is forming between the two, and both of them realize they may just have to turn on the other. The relationships have gone from being all crisp and clear to being messy, heartbreaking and human.

YES, depth and the unexpected is what makes a character interesting, and makes me want moooorrrre :-)

Have a lovely weekend!

That is a great point. Combine characters to increase their depth. Simply put but I hadn't thought of it in that way.

Anna-Lys, my weekend's going well-- hope yours is too!

Charles, in Charlie Kaufman's movie ADAPTATION the character-combining is taken to an extreme. One of the brothers is working on a screenplay in which the Serial Killer, the Detective and the Beautiful Victim are all the same person!

Sounds quite interesting. BTW, I agree w/you about teachers waiting for us to notice.

What a thought-provoking post. I especially enjoyed your comments on PRIDE AND PREJUDICE, because that is my all-time favorite novel. Very perceptive view of Mr. Darcy. And kudos to Maas for the original suggestion.

"gave me so much to think about that I'll probably be years digesting them."
I hear you. Now feel that way myself.

1. Adaptation is a great movie! And that car crash was filmed so perfectly! Anyway..I digress...I'm glad to hear you're having fun again. Having fun is just about the only reason I can think to do most things...good luck! I'd love to see more of your writing.

I've found I can reread a good "how to write" book again after several years and find things I just wasn't ready for the first time around. And that wonderful that you're having fun with your rewrite. Always a good sign.

I like where you're going with this Bad Girl thing, Steve. :)

Also like the take on Darcy... hadn't thought of it that way and it works.

I don't know why, but your bad girl makes me think of Catwoman. Is that strange?