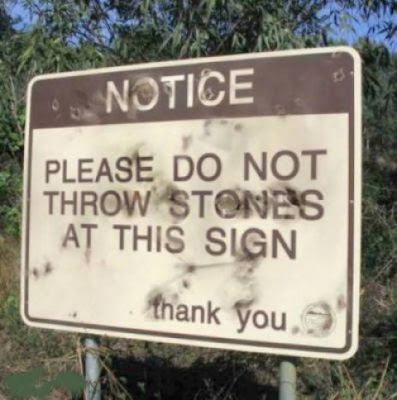 As a martial arts student, I tried a little of everything I could get my hands on. Some of it suited me better than others. I took what seemed useful and politely left the rest.
When I decided to get serious about writing, I did the same thing. For Avery, here's what I got from Robert McKee.
Robert McKee teaches screenwriting, and does a fine job of it. His book, STORY, is one fine in-depth analysis of the nature and power of drama and our modern concept of, well, story. I heartily recommend it, though maybe I shouldn't be *quite* so hearty. My copy's been passed from hand to hand around Christchurch on the strength of those recommendations...
McKee's a big believer in the beat: A beat is a decision a character has to make. Usually, this is in conflict (even if its subtext) with another character. The beats build until a crisis point is reached and resolved. That's a scene.
Scenes build, one on top of another, until a major turning point is reached. That's an act. Three acts is standard, but use as many or as few as the story itself needs.
This is harder than I thought without the book handy...
Basically, the story is the hero's evolution through crisis. Rick, going from 'I stick my neck out for no one' to shooting a Nazi in front of the chief of police. John McCain, confused and adrift in a failing marriage -- until the bad guys take over the skyscraper. Sophie's wild, excstatic dance with death, begun with a choice in Poland years before...
Stories are about characters pushed into places they don't want to be and the decisions they make when they get there. And yeah, it always gets worse before it's all over.
I sucked that stuff up like a sponge. Love those ideas. His working method... It didn't work for me, but what the hey. Maybe it will for you.
First, write no scenes. No dialogue. No cool, atmospheric openings. Don't.
Instead, get a stack of 3x5 cards. A BIIIIG stack. Jot little notes on them. Bits of the story as they occur. Try to start big and go small. You're listening for the beat. It's usually easier to find the big beats than the little ones.
Pretty much, do a step by step outline of your plot. You work out who your characters are, discover their conflicts, know where and how the story moves and make sure its tight. Expect a very tall stack of cards, or one very full corkboard. All you outlinin' folks know what I'm talking about, I'm sure.
Then, and this is where McKee 'got jiggy with it' (to use the slang of theYouth of Today), put the cards aside. No chapter one yet, no chapter anything. Resist the temptation.
Instead, write a treatment. One page, maybe two, covering the story in that stack of cards. yes, you have to shave off a whole lot of subtext, backstory, and nuance. Lose it. One page. Maybe two.
Then, when you've got that treatment done, sit a few friends down and ask for five minutes of their time. Pitch them your story. Watch them as they listen. You're looking for that electric moment when the story catches them. That 'ooooh' factor.
No 'ooh', either rework your treatment or ditch your story. Go start on another one. All you're out is the outlining time.
I can see some real benefit to this. All of us only have the time to write a certain number of stories. They might as well be the good ones. This would save one the effort of spending a year or more on a bad book.
Also, come time to write query letters and such, you'd be the kid in class who wrote your term paper the first day of Christmas vacation: smug and at ease.
I imagine this is much how Candice writes. Pitching synopses to her editors and getting the book picked up based on the successful pitches.
It's a great idea. My problem is that by the time I've got the plot outline done, the actual writing isn't all that interesting to me. And fleshing the characters out more fully in the writing process, I find them doing all sorts of things that deviate from the outline. It's exciting and fun, but it sort of defeats the purpose of outlining in the first place...
Wordy post. I'll go out on a joke: 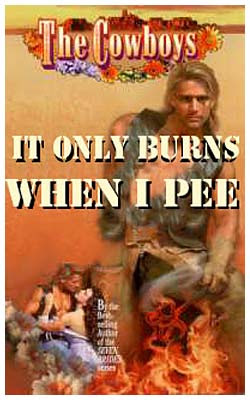 Email ThisBlogThis!Share to TwitterShare to FacebookShare to Pinterest
Labels: frippery, robert mckee, the writing process, writing, yet more rules to clarify and confuse

I particularly want to explore the idea of the "beats." That's a good term. I'm with you in that if I outline every single detail I lose interest in the tale.

Thanks, man. I appreciate it. It's funny, but that entire process is almost exactly what I do, although my audience is usually just The Architect (an individual who spent years defending projects in front of juries in school and is subsequently a tough customer to please, despite our marital bond). Oddly enough, I posted photographic evidence of the outlining with cards on my blog this very morning.

I guess I have a tendency (having no real formal education) to stooge around in the dark, doing what feels right, only to find my little techniques have been long-developed, and even have fancy names to go with them.

Thanks again for putting up an entire post for my particular enlightenment. I feel all kinds of special.

I have McKee's book sitting on my shelf but I've never read it. I plan to take it down and have a look.

You see, Candice just had her next book proposal REJECTED. It's happened to every professional writer I know, but somehow I thought I was different!

It Only Burns When I Pee--*ROFLMAO!* Thanks for sharing! I needed that!