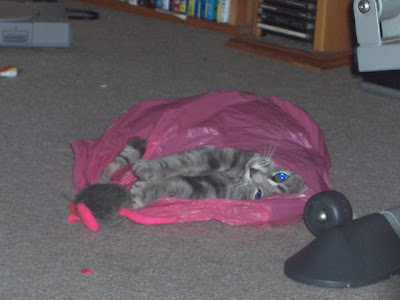 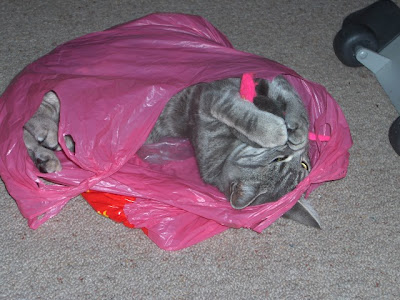 His fluffy, pretend victims aren't enough. He brought another bird in the house last night.... Gotta love him, though!
Posted by Steve Malley at 12:31 PM

Thanks for the laugh! Love that picture. :)

Yes, charismatic, charming, disarming, and bloody minded to the core. It's simply in his nature.

"Excellentttt," he says, rubbing his hands together.

Great segue into the great pics.

I had a cat once named Nazir. The first time he caught a mouse, he killed it with one bite to the neck. I thought he was very talented to do so well his first time hunting. That was the last time he killed a mouse. After that, he just batted them around and chased them. I guess he learned from his first time that a quick, clean kill wasn't much fun.