(Lessons from failure, with a brief digression) 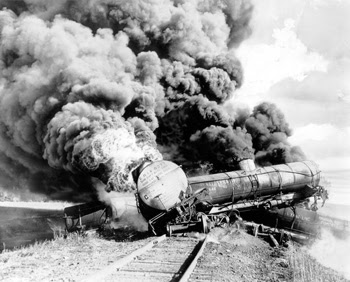 C.S. reminded me this week that it's Mardi Gras season again. I know a lot of tourists see the holiday as little more than three B's: Booze, Beads & Boobies. They're right of course, but at the same time, sadly wrong.
Mardi Gras (or Carnival if you like) is a dance of death. It's a final and frenzied revelry before the symbolic death of Lent. (Well, technically, I seem to remember Lent is an extended symbolic suffering before the symbolic 'death' on Good Friday, but that doesn't change Mardi Gras's 'Gather Ye Rosebuds' metaphor.) And yes, we must die before we can be born anew at Easter. Denial. Death. Rebirth. It's a powerful and blood-soaked symbolism.
Of course, now the symbolism has changed, deepened. The city's death was real. Its rebirth is real. Every Mardi Gras since Katrina is a raging cry, a proof of life.
I only lived in New Orleans for a year and a half. I didn't know it then, but that was all the time the city needed to burn itself into my soul.
But I digress. Long story short: I got a bit homesick and rented a pair of New Orleans movies.
Sadly, those movies were The Big Easy and Heaven's Prisoners. Two of the most godawful train wrecks imaginable. Really. Ouch!
So as not to waste a valuable opportunity, I put my Storyteller's hat on as I watched. After all, we can learn as much or more from bad work as from good.
The Big Easy:

About 45 minutes in, I nailed the problem: SLEEPWALKING!!! Just about everyone involved sleepwalked through their patch. The script was okay. It had the mystery, the action sequences, the meet-cute and a little sex. There were the usual twists and reversals and by-the-numbers-surprises in the pacing. It was... okay.
The photography was... nice. In 1988 (or whenever), it wasn't hard to get a beautiful shot in New Orleans. You could shoot some nice stuff without thinking about it. And the DP (director of photography) didn't.
Neither did the director. He did some nice things with blocking (that's how the actors move around the set), but not enough imagination went into camera angle.
And the actors, don't get me started. Almost the entire cast treated their roles as a paid vacation on Bourbon Street. The extras all but waved at the camera and mouthed 'hi mom'.
But you know who shined? Ellen Barkin and John Goodman. Both were relative unknowns at the time, and by God, they got their chance and ripped into their roles with claws and teeth.
Lessons for Storytellers:
a) You can't phone it in.
b) An exotic setting and exciting events aren't enough.
c) A few clever moments aren't enough.
d) It's possible to make powerful work out of a stale plot, if you have the passion and the drive.
e) You CAN'T phone it in!

Heaven's Prisoners:
Almost the exact opposite of The Big Easy. Every frame of film showed a great deal of caring and commitment. The actors all brought their A game, as did the director. And the DP... wow. New Orleans has never looked so good!
So what went wrong?
They tried to be too faithful to James Lee Burke.
Burke's novels are gorgeous, elegiac, poetic and wise. They're everything that film is not. Yeah, the movie caught the steam rising from the streets after a summer rain. It caught the improbable wealth and grinding poverty. It even managed to convey the powerful swirl of self-destructive energies that threaten all of the principals, Dave included.
Sure, they made some changes. Fan favourite Clete Purcel was written out in favour of a now-African American (and more politically correct) Minos Dautrieve. Fair enough. What I seem to remember as a shootout in Algiers ended up somehow as a brawl on a 'speeding' runaway streetcar. (Old joke about the streetcar: if it passes you by, just walk on down to the next stop and catch it there!)
But they tried to keep the wrong stuff. They tried to keep Dave's PTSD dreams. His phone calls from the dead. They tried to stuff JLB's lovely narrative prose into the mouths of characters as dialogue. All of these are sequel. None of them are what film does well.
Lessons for Storytellers:
a) Use your medium. Novels, graphic novels, spoken word and film all have their own unique strengths and weaknesses. Learn them. Use them.
b) Without the right tools, passion just isn't enough.
Sure was a pretty movie, though...
Posted by Steve Malley at 11:08 AM

Email ThisBlogThis!Share to TwitterShare to FacebookShare to Pinterest
Labels: lazy writing - a dire warning, reasons many fail and their bleached bones pile high on either side of the path we tread, story

Has there ever been a movie that really, truly represented New Orleans? I can't think of any. Plenty of songs capture the spirit and soul, plenty of paintings—I've even seen quilts that do it—but movies can't seem to capture it.

Boy, does it seem strange that I'll be working on Tuesday the 5th as if it were any other day.

Thanks for the reviews. I'm just SOOOO glad we don't live on the Southshore this time of year (the Northshore's bad enough! *L*)

I haven't seen "heaven..." All I remember from "the Big Easy" was Ellen Barkin. She was very good, I thought.

Shauna, I think the difficulty with NOLA movies might lie in the amount of money involved and committee art. Bankers get nervous, and cast and crew do like to party...

Lana, you're right. Northshore Mardi Gras tends to be quieter and more fun...

Charles, Ellen Barkin was a relative unknown at the time. She acted her heart out, stole the show and became a star.

Good analysis. I haven't seen "Heaven," but all I remember about The Big Easy is the awful fake accents. Maybe the new JLB will be better, but I'm not holding my breath.

I have only seen the Big Easy and confess I enjoyed the film because of the Barkin/Quaid characters.

It was one of those films that you know are naff but on a rainy afternoon in the North of England its about as exotic as you are going to get without any effort :]

My fave scene in "The Big Easy" is when Ellen Barkin's character is running over to where Remy lives and when his mom answers the door and looks askance at Barkin's sweaty self she says, "I was running" by way of explanation. Mom's dubious and perfect reaction, "why?".

CS, I watch every adaptation of a beloved work with battered hope and usually justified trepidation.

Miladysa, I remembered the Barkin/Quaid chemistry from first seeing the movie in the 80's. Watching again, it looked like Ellen was carrying the whole thing...

Sam, I loved that line, too!