That time again, at last. A *very* important day here in the Full Throttle Household: printing off my latest for First True Reading.
One of the great true stories of Kiwi ingenuity is the bloke who built the world's fastest four-stroke motorbike, the Britten V-1000, in his shed. Lacking a wind tunnel or fancy computer modeling, he built a mock-up out of styrofoam and car-body filler and tested it using soap flakes and an electric fan. Wherever the soap flakes stuck, John Britten shaved down the mock-up.

When he shaved too deep, he spackled in more Bondo. When the soap finally streamed past, he was satisfied.
For the past couple months, I've been doing just that: writing draft after draft. Shaving, polishing, playing with emphasis and theme. Making this bit of symbolism more obscure and that one more clear. You know, revising. 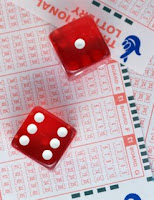 After seven (Lucky Seven!) full reworkings and many, many, many smaller fiddles, fudges and getting-up-in-the-middle-of-the-night-to-make-one-little-changes, it's time. Pencils down, step away from the work.
Let the Tiny Dynamo at it.
This is not, repeat NOT, for the faint at heart. The Dynamo has a keen eye for detail, and she can spot a plot hole a mile off. She puts up with me 'always writing' for months on end. Once or twice a year, she gets to sit down and read my work. There's a certain amount of frustration built in, and she comes at my work with a fierce and critical eye.
She's the reason only one person read my second novel. She had a lot of harsh things to say about it, and they were all correct.
This, folks, is the kind of reader you want to have. A lot of my friends enjoy my work. They'll like pretty much whatever I write, and that makes it hard to improve. When I win the Tiny Dynamo over, I know I've done something right.
So far, she's found a few punctuation errors and a couple of bonehead gaffs. And made an important suggestion. Still on Chapter Two...
Posted by Steve Malley at 1:39 PM

Email ThisBlogThis!Share to TwitterShare to FacebookShare to Pinterest
Labels: editing, finishing a novel, in which the artist wonders if an end is in sight for his creation, tiny dynamo

You've got the right attitude. I just want praise.

Congratulations on getting to this point! Sounds like it should be "pencils down & brace yourself," however. ;)

You're very lucky to have a critical reader who will take the time to really give you that kind of feedback. As much as I love to hear nice things about my writing, I am even more appreciative when someone can tell me what they didn't buy or where they think I can improve.

The Dynamo truly is solid gold, though not for the faint of heart.

I'd prefer a steady diet of praise myself, but that's not going to bring out my best.

It's wonderful that you have her for a first reader. Now THERE'S a good reason to marry someone whose literary tastes you share.

Yeah, if only we both liked my genre! :)

Yesterday I handed the revised first 50 pages of Deadlight to my harshest critic, my older daughter. The good news? She says it's not slow (she has no tolerance for slow). The bad news? Some fundamental revisions are still needed. These kinds of readers are worth their weight in diamonds