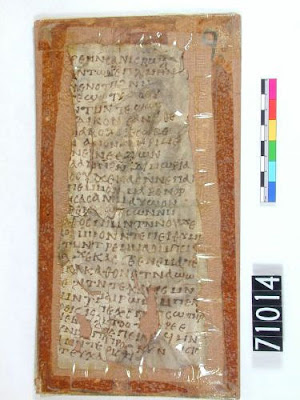 So I was reading Alexandra Sokoloff's great series of columns on story structure. Her first word of advice is to put together a list of your ten favorite works in your chosen genre, or just your ten favorites altogether.

I haven't done my genre-specific favorite list, but I *did* sit down and write a list of ten books and/or movies I wish I'd written. I was surprised at some of my results:

High Noon (for my money, this movie is the most tightly-crafted thriller ever!)

Coraline (something about the whimsy and magic in Gaiman's world...)

Silence of the Lambs (the movie, not the book-- oddly)

Long Lavender Look (why THIS John D. MacDonald and not another, I'm at a loss to say. All the same, I stand by it.)

Fargo (a haunting, beautiful, grim and funny movie, and a story structure that ties my head in knots!)

The Crow (I just wish to hell I'd written this movie, okay?)

Certain readers might be surprised to see a few of my favorite authors missing. James M. Cain and Gil Brewer both wrote a hell of a story, but as much as their doomed heroes resonate with me, I don't wish I'd written them. Same is true in the other direction for Robert A. Heinlein, JK Rowling and Marian Keyes.

The exercise was also enlightening. Thomas Harris lost out to Ted Tally (writer of the screenplay for Silence of the Lambs) for two reasons: one was the tighter structure and visual system of the movie, and the other was that the movie flirts with the seductiveness of evil without ever rolling over and showing its belly to the darkness. Harris is WAY too enamored of the dark side for me.

One thing I'm still puzzling over is the absence of James Lee Burke. I mean, I LOVE the guy's fiction, would be proud to call any of his books my own, but after three days of working on that list, nothing of his made the cut.

I've got two theories. 1) I'm more in love with the overall body of work than with any single book, or 2) I'm just too intimidated to even list him.

So how bout y'all? What do you wish you'd written?

Visual artists and musicians, you can do this exercise in your chosen mediums too. Perhaps sometime I'll mention paintings or tattoos I wish I'd done....
Posted by Steve Malley at 2:10 AM

Sounds like a great exercise, and I need to have a look at that. Many of those are books I've liked a lot. "Prayers for Rain" is one of the best entries in that series, and I kinda think it would have made a better movie than the one they filmed, though it was good.

The Bottoms is incredible and very tightly plotted while being, like you say, a literary work. Interestingly I think the true incident that, I think, partly inspired it had a plaque dedicated recently, remembering the victims.

On SOTL, I like the book a lot. I can remember reading the escape scene and the moment I realized what Lecter had done and how chilling that was. Tally is a great writer though, a master of adaptation.

This is a great idea. I may play off this. I have a file on my computer of "lines I wish I'd written." at the top of the list is "I have no mouth and I must scream" by Harlan Ellison.

As for books, The swords of Night and DAy by David Gemmell pops into mind. I'll have to give it some more thought.

I love that you mentioned one of the Kenzie-Gennaro books by Dennis Lehane-- that is one of my absolutely favorite series' and haunting is a perfect description. I agree with Sidney too, I never could understand why they picked "Gone Baby Gone" to make into a movie when there were so many better books in the series. Ah man, now I want to go re-read the whole thing.

Interesting list. I've seen/read some of these, but not all. I'll have to look at them.

I've never made this list myself, but will have to give it a try when I find my brain.

Victor, thanks! (restraining urge to go all Wayne's-World on you...)

Sidney, I loved Lambs, the Novel too. I was a little surprised it didn't *quite* make it onto my list!

Charles, I'll be VERY surprised if Red Nails by REH doesn't pop up somewhere in there too...

SQT, the ways of Hollywood are many and strange. You never know what's tied up in options to producers without finance, what projects fell through or if some bigwig found a particular title while rifling his au pair's bag to see if she's been stealing his viagra...

I have seen and read only some of the books on your list.

This would something interesting to do as I tend to have eceletic tastes in reading.

I have the same thoughts on Harry Potter as you; I revel in the stories, envy the idea, but still don't wish I had written it. Maybe because I just don't relate well enough to a young audience?

I'm going through a Tad Williams Is A God phase. Pretty much every other paragraph I'm like, "Why not me?"

I wish I'd written the "Firefly" tv series. Every line of dialog in that show serves several purposes—not a wasted word.

I also wish I'd written the movie "Collateral."