“If you have built castles in the air, your work need not be lost; that is where they should be. Now put foundations under them.” — Henry David Thoreau 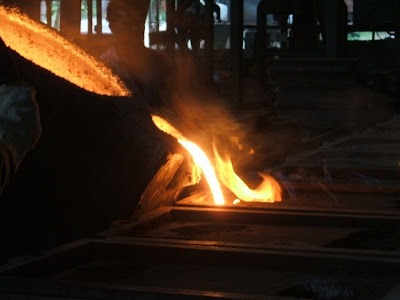 "Move with purpose. The world will meet you, or at least get out of your way." -- Steve Malley

Tis the season for new year's resolutions.
All around our Western Civilization, gym memberships are swelling. It's hard to find a chair this month in Weight Watchers, Jenny Craig and all those other diet programs. Online dating sites are doing a booming business.
In a couple of weeks, maybe a month, most of those new faces will be gone. We used to see it all the time in the martial arts gyms of my youth. Every January, and every time a new action movie came out, the new folks piled in, most of them six week wonders.
Kate has a list of her new things in her life, and they've been happening. Candy has four well-thought resolutions. Charles, only one (but it's a goodie - cut down on the computer games). Timothy Hallinan has a beauty of a list for any writer.
I don't make New Year's resolutions. For some reason, my off-beat life makes them impractical. Instead, I make my resolutions for the next twelve months in October.
This year I don't have any new ones. I'm too busy with year three of an old resolution: Move from comics into prose.
That meant my life needed to change. I finished out my comics commitments and did not take on new ones. I work fifteen hours a week in the tattoo shop, a compromise that gives me money enough for books and time enough to write.
And I do write. I write and I read and I study this strange craft. I'm in for a long haul.
The best things in life don't give instant gratification. Being in shape is great: sweating in the gym sucks, especially those sore first few weeks. No matter what Beyonce's doing with maple syrup, weight loss needs to be gradual to endure. Loving and being loved is awesome, but it's work, every day. I didn't expect life as a writer to be an exception.
I suspect that's where the six-week wonders go wrong. At the end of the day, it's easier to chase the quick fix pleasure than to hunker down for the bigger reward.
Posted by Steve Malley at 11:36 AM

Email ThisBlogThis!Share to TwitterShare to FacebookShare to Pinterest
Labels: further imprecations on the necessity of setting one's ass to work, reasons many fail and their bleached bones pile high on either side of the path we tread

I didn't expect life as a writer to be an exception.

I think that's where a lot of us go wrong (and I say "us" because I'm including myself among the 6-week wonders). The unrealistic expectation (or maybe it's just naive excitement) that quickly gives way to the cold, hard truth: Life, and all it's wonders, ain't easy.

We have to work at anything we want to last - especially if we want the results to be worth having.

(And can the apostrophe in that instance of "it's") :P

The everydayness of it is preciselyl the key. The work is enjoyable but it is work, and requires the discipline to not only write, but to study writing and actively seek to improve.

Yes, writing is work. It's the ones who keep at it who succeed. I've heard it said that lots of people would love to have written a book, but not many people want to actually write one.

So far, my most interesting resolution has been to stop procrastinating. It's made me aware of how much I do it. On the other hand, I also now know why I procrastiinate: I've hardly written a thing because I'm so busy with all this #%@ other stuff! It's about to get struck off the list.