We live in an age of economical storytelling. Wherever you can, let your readers fill in the gaps. Instead of pausing each character in front of a mirror (*shudder*), just tell us he's tall and dark, she's short, with gray eyes. And for heaven's sakes, give us as little history as possible!
I've seen this a fair bit recently in my reading, and I've been ruthlessly pruning it in my editing: characters with a compulsion to provide detailed histories upon introduction. Sure, it's customary in opera, Elizabethan theatre and superhero comics for a new hero or villain to take a moment, leave the action, step down to the front of the stage and wax eloquent about their origins, hopes, dreams and how they came to be in this place at this time.
And in those stylized, hermetic worlds, this works. Kinda.
Modern storytelling? Not so much.
I put three books down this week because they introduced a dark and mysterious protagonist, only to have him/her spill their whole history before page fifty. Oddly, it dimished the heroes and heroines in my eyes: the pasts on the page weren't as interesting as the pasts I'd imagined!
Take two great mysterious strangers: Shane and Rick the American.

Shane's just passing through. The man's trouble, and he looks it. The boy's dad runs him off at gunpoint, and the rancher's thugs don't dare mess with him. And this is *before* he pulls his sidearm out of storage!

What do we know about Shane? He's a restless man, always on the move. He's a gunslinger, disenchanted by the violent nature that's always so close to the surface of his actions. He's got the hots for the boy's mom but respects the boy's dad. And he knows there's no place in their peaceful world for men like him.
These four facts drive a great story. Jack Schaefer's prose is lean and hard. In the face of the boy's (and our) questions, Shane's silence about his own history makes him compelling.

Rick doesn't even have a last name. He's just Rick the American, owner of a North African nightclub and a man who 'sticks his neck out for no one'. His past is shady and mysterious: all we get from the Gestapo's file is that he was a gunrunner who backed the good guys, even when they lost.
We don't need Rick's history. We need his present. If you ask me, Casablanca would be even better without that damn Paris flashback: it stops the action dead to tell us what we already know. When Ilsa walks into that bar, Rick's reaction is all the history we need.
Now imagine alternate drafts of those two stories.
Imagine Shane casually mentioning (a sequel told over some farmwork-y stage business) that he grew up on a little farm Back East, but that he ran away at sixteen to join the Marines. He served tours in Okinawa and the Phillipinnes, learned a little judo or karate (he uses oriental martial arts in the novel), won a few medals for marksmanship. After he mustered out, he spent a few years signing on for whoever paid. After a bad experience, he put that life behind him. Now he's wandering West, maybe to homestead a little place outside of Spokane, etc. etc. etc.
Or Rick, chatting to Louis about how he's from Ohio. Used to sell insurance, until he caught his wife cheating on him. After that the Spanish Civil War looked good, but a bad bout of influenza kept him out of action. He could still serve by running guns, though...
Two. Dead. Characters.
Those sequels, no matter how well written, add nothing to the story at hand. They actually take away from it! You've turned your exotic strangers with the mysterious pasts into a couple of schlubs! And it's not just the action/thrillers, either. 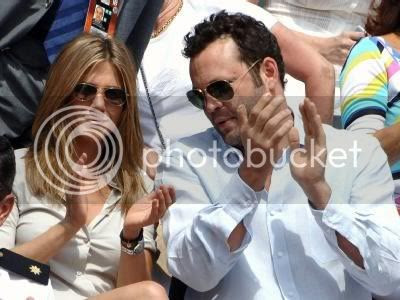 The Breakup dies right at the opening. 'Meet cute' in the baseball stadium, photo montage of the relationship, open with That Fateful Night. The dinner and its leadup where written well. The photos were inoffensive. But the meet? Not cute enough. And unnecessary. Too much history. Without that scene, we would have imagined something LOTS better.

You can pull this stunt and get published. The three books I dropped this week are proof of that. Thing is, your story will be better if you concentrate on the story. Not the events leading up to the story, but the story itself. Where you do need the past (and let's face it, you do need some past), be as economical as possible.
Take a cue from master storyteller Bob Dylan:
She was married when we first met, soon to be divorced.
I helped her out of a jam I guess, but I used a little too much force.
We drove that car as far as we could, abandoned it out west...
Split up on the docks that night, both agreeing it was best.
A whole novel's worth of story. Romance. Violence. Fugitives on the open road. The sorrow of loss.
Told in four lines. Fifty-three words.
Posted by Steve Malley at 12:47 PM

Email ThisBlogThis!Share to TwitterShare to FacebookShare to Pinterest
Labels: bad characterization kills stories, character, in which the artist provides examples delightful and frightful, yet more rules to clarify and confuse

I agree. But I think lack of background can be taken to extremes. A character who seems to be spring into being, like Athena, fully grown and clothed at the beginning of the story doesn't feel real. The reader needs a few strands to tie the character to a past. In the case of Rick the American, even without the flashback, we still know a few things about his past. He was a gunrunner. He knew Ilsa. He was in love with Ilsa.

I do think, too, that there is a bit of a middle line. When I'm introduced to an individual character I don't really need description or background, but if a book introduces several characters in the opening I like to have a very brief, touchstone, description, and a tidbit or two about character or background to help me differentiate them.

Your posts are so insightful you almost make me wish I were a writer. Keep up the good work!

The second chapter of my WIP is full of the main character's back story -- too much of it, I think. Over the last several weeks I've been thinking about how far back I might prune some of that when I go back and start to revise. I agree with Shauna and Charles that it's a tricky balancing act to provide enough, but not too much history. I think your Bob Dylan example is perfect though. Rather than spelling out a blow by blow history, it gives minimal, but meaningful detail. This is yet another fine post, Steve.

I tend toward the lean side myself. But a lot of editors want more. After ARCHANGEL was accepted, my editor wanted so much more background, personal interaction, etc, I ended up adding 10,000 words! I liked the story better without it.

Shauna, you are so right! My post was meant to be about *unnecessary* backstory. Rick gets just as much past as he needs, and for the most part, gracefully introduced...

Charles, juggling a large cast presents special problems all its own. Easily worthy of a post (or posts) all its own.

Lisa, I write those chapters too. I think it's a form of talking to myself, a way of notetaking. After, I put them in a seperate wee document off to one side and get on with the story.

CS, probably no surprise I tend to run lean as well. It's my experience that real people rarely lay out much of themselves on first meeting. After all, the Tiny Dynamo's known me for four years now, and only two weeks ago found out I know how to waltz!

As the story I'm writing needs some reference to the MC's history, I found this post very useful.
I tend to write too much at times...

Since I write mean'n lean, I naturally agree.

SzélsőFa, glad I could help.

Bernita, your writing is a thing of grace and beauty. I'm a fan!

Great post. I tend to be on the too-sparse-with-the-details side of things but as a reader I do like to find things out slowly.