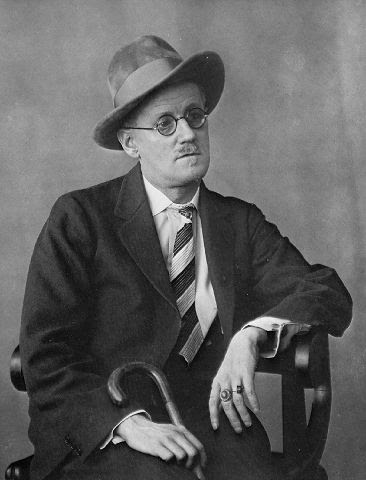 Growing up, two of my favorite martial arts were Kali and Muay Thai kickboxing. Both worked the fundamentals of angle, distance and velocity, but their philosophy of approach was fundamentally different.
The kalistas wove beautiful rhythms with their strikes, throwing 8-, 10- and 16-shot

combinations that were horribly difficult to defend against. Individual strikes are not all that powerful, but there are A LOT of them, and they fly thick and fast and from unpredictable angles.
The Thai fighters threw bombs, virtually every punch a heavy knockout blow. It was a style about as graceful as a claw hammer and every bit as devastating.

This week I came across 'Araby' by James Joyce and started Duma Key, Stephen King's newest. A little lightbulb went on over my head.
A few short sentences from Araby's third paragraph:
When the short days of winter came, dusk fell before we had well eaten our dinner. When we met in the street the houses had grown sombre. The space of the sky above us was the color of ever-changing violet and towards it the lamps of the street lifted their feeble lanterns. The cold air stung us and we played til our bodies glowed.
Winter. Dusk. Fell. Sombre. Space. Color. Violet. Lamps-Lifted-Lanterns. Cold. Stung. Played. Glowed.
Power words, one after the other: BAM, BAM, BAM. BAM. And of course, there's that triple-tap combo of alliteration: Lamps-Lifted-Lanterns.
I had always heard of Joyce as one given to dizzying raptures of language. What I see here is a clever fighter, filing every open space with a powerful shot. Small wonder I found myself sucked in and woozy, and put the story down with a sense of wonder.
Stephen King writes with the Kali approach. Where Joyce smashes a channel through to the unconscious with power words, King works the rhythm.
I find myself sucked into his work just as surely, but in a more subtle way: The narrative voice establishes a clean, easy rhythm. Language is used to capture the feel of informal spoken word, usually that of a common, relatable, likeable protagonist. Ten pages into Duma Key, I noticed I'd been pulled into this guy's Midwestern normalcy. It's a subtle, subtle trick, involving the clever use of fragments, prepostional phrases and hanging prepositions. No one word is too vivid. This isn't the time.
Of course, this trick is one of the great keys to horror. To scare the reader later, you MUST lull them now. Create an air of normalcy. Horror authors know this, but few use the rhythms of language to such great affect.
Oddly, one of the best writers I've found at creating horror is one of the least appreciated for this. She uses deceptively mild language moderated through the rhythm and cadence of sentence structure to create an atmosphere of real dread. I say oddly, because Lauren Graham/Joyce Carol Oates isn't even considered a horror writer.
To be sure, there are infinite ways of blending those blinding rhythms and power shots on the page. James Lee Burke loves his power shots, especially toward the end of a chapter, but he's mightily adept at letting the rhythm of the language take over too. Especially in those passages that bring us closest to Dave or Billybob.
Another of my favorites, John D MacDonald, is heavier to the rhythm end of the spectrum. For the most part he prefers a cascade of 'lightweight words', but when he does go for the power shot, it's a doozy. The image of that poor girl lashed to a tree trunk, the baling wire cutting into her throat, her features frozen in a long lavender look, over twenty years after I first read it, that image still haunts me.
When do you favor your tools, and why?
Posted by Steve Malley at 11:55 AM

Email ThisBlogThis!Share to TwitterShare to FacebookShare to Pinterest
Labels: craft, in which the artist retreats once again into metaphor, pace, style

Wonderful analogy and analysis, as always.

These days, I find myself focusing more on pacing and accessibility than my first loves, language and depth. It's a matter of time and sales. Sad confession.

Great post that deserves some thoughtful consideration. Ideally, I'd like to match the tap tap tap with the haymakers, but this is very difficult to do, of course. I think Candy is seeing that a lot of modern thrillers are far more about the haymakers than the rhythm. We were talking at group the other night about some readers, and even some writers seem to have almost a tin ear for rhythm.

Burke does the combination about as well as anyone. I think Koontz has done it before as well.

Interesting post about techniques I need to learn much more about.

What a great analogy and a great post. For the last few months I think I've gone from analytical mode to intuitive mode. What I mean is that, since I'm a novice, I tend to vacillate between studying craft, style and technique to the point that I become paralyzed and overly self-conscious about what I'm doing, to a totally intuitive mode where I "just do it" and try not to interfere with what's happening and hope that on the second or third pass, I can analyze what I've done and try to improve on it. I hope that at some point I'll become experienced enough to find a balance between these two modes -- or maybe learn enough in overanalytical mode that somehow it will come out when I'm in intuitive mode. Somebody please tell me this might happen! But the answer to your question in my case is -- I still don't know what I do :)

What a fantastic post. I try to use rhythm in my writings and I enjoy it in what I read as well.

Now, I'm reading Anne Marie Macdonald and she is another writer who has fantastic use of the poetic, pacing, breath regulating rhythm. I adore her work.

I'll have to check out the newest from King, love his stuff too.

Steve, do you think the part of the country one's from and the dialect one grew up speaking influence rhythm much? Obviously differences in emphasis within words do—DEE-troit vs. de-TROIT, NEW or-LEANS vs. new OR-lins. But I'm thinking more generally.

Sometimes I wonder, when I read a piece that clunks along, whether this professional writer truly has a tin ear or whether my Midwestern upbringing has me phrasing the sentences and grouping the words differently from what the author intended.

Does the rhythm of New Zealand prose ever strike your American ear as off?

Charles, to know the power of the Koontz, one must go to its source. The fiction of Dickens and the poetry of TS Eliot. Find his power and you may become The Koontz...

Or to put it another way, remember learning to drive?

Why, Ms Eigler, I do declare, you left quite the rhythmic comment yourself...

Bernita, you weave quite lovely tapestries of language with them too!

Shauna, I do. Sorta. I think the two big determiners are what kind of reader the writer is (more on which next post) and how much oral storytelling they grew up with.

For instance, in the US, the South has a reputation for oral tradition, and I don't think it's a coincidence that the region's turned out so many of our most poetic writers.

And there's folks like Elmore Leonard and George Pelicanos, who both seem to write to a musical beat. Both worked in advertising, where rhythm and beat are taken to ridiculous levels. And I bet, if you looked at them as kids, you'd find an awful lot of verbal tales in their lives.

Of course, good rhythm's not a necessity. It's a tool, and a powerful one, but some writers do a fine job without it. Come to think of it, *that* would be an idea for another post.

And yes, NZ rhythms do throw me off. Writers here tend not to use contractions, even in dialogue, and it makes their work seem stilted to my ear.